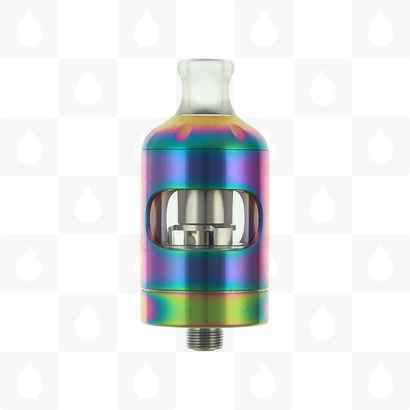 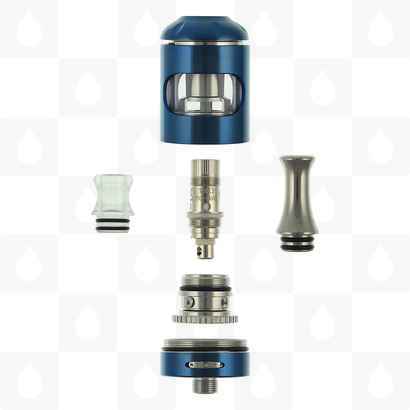 Introducing the Aspire Nautilus 2S tank, a more refined version of what is undoubtedly the world's most popular mouth to lung tank! Aspire have managed to improve on perfection by making small tweaks to the design to make it even easier to use on a daily basis. The new slide filing system is not only convenient but lockable meaning you'll have no concerns slipping your vape device into your pocket. The Nautilus 2S also now features a 0.4ohm BVC coil intended for a restricted direct inhale along with the already existing Nautilus BVC range, making it perfect for beginners and transitioning vapors alike!

Unscrew the top collar of the tank until it stops turning and then slide away from the direction arrow.

Because of the consumable nature of the coils and for hygiene reasons we do not take back tanks or coils unless they are dead on arrival, You must inform us about this within 24 hours of delivery.

Colour:
Rainbow
Product Origin:
Product Type:
Brand:
Aspire
Tank Features
Capacity:
Materials:
To Fill:
Coil Unit (Atomiser Head):
Compatibility:
Tank Diameter:
Tank Height:
Coil Features
Coil:
Compatible With:
Available In:
Excellent service fast delivery,I've recommend to a friend,I would buy from you again
Lisa Owen 28-05-2020, 05:32
As describes and works perfectly. Could find the new mod box for it though on site with this new tank material. Prob just me not looking hard enough. Will def use again
Simom Pott 20-04-2020, 14:37
my favorite tank I've used all nautilus tanks over the years, this is the best so far. the only slight complaint they don't hold enough liquid
redjuice service second to none
LEONARD LINTOTT 15-09-2019, 18:10
As described excellent item, fast delivery Thanks
Stuart Malcolm 08-08-2019, 20:17
Good tank at a good price
Stephen Peachey 04-07-2019, 14:17
Upgraded from nautilus 1 and have to say this is an improvement in almost every way. Great industrial aesthetic like the nautilus 1, build quality and vape quality both excellent. Works with all nautilus coils too which is a bonus. Only negative for me is the 2ml tpd but this is solved by the top filling system which is incredibly quick to use and much more convenient. Thoroughly impressed, probably best MTL tank on the market.
Stuart Baxter 26-06-2019, 18:33
Easy to use, so simple to fill. Great vape. New favourite tank. Excellent price here. Fast delivery
Rebecca Goodson 21-06-2019, 08:07
Very satisfied, very competitive priced RTA
Chris Garnir 13-05-2019, 15:15
Bought 2 of these because fed up with leaks and flooding with original Nauilus 2. I read lots of reviews which criticised the method of filling the 2S and changing the coil. In fact, the filling is great. Very simple and no problems with leaks or flooding. Much better than the original. Changing the coil is a little difficult because of the need to incorporate a child proof mechanism. It is initially difficult to turn and press the serrated wheel but this gets easier the more times you do it. I love this tank. It delivers the usual excellent nautilus experience and solves all the problems of it
David Wilkins 02-04-2019, 06:48
So far so good. I've had this 2s tank for a few weeks now and so far there's no leaks, no snap, crackle or pop, it fills very well and looks good and tastes good too. It's miles better than the original nautilus and the nautilus 2, as I had real problems with both those. It's even a bit better than the Triton mini, which was much better than both the nautilus's but they stopped making them (perhaps because they were a bit ugly). I'll give it a few more weeks and if it stays as good I'll get another for a spare.
Bill Flynn 05-03-2019, 09:18
Prev
1 2
Next
Write a review
Compatible With / See Also
Get social
Follow Us Using The Links Below
And be the first to know all of our promotions and offers!
RedJuice